Should we be concerned about monolingualism? Are there any advantages to bilingualism? According to Economic Advantages of Bilingualism, a Government of Canada report (Heritage Canada, 2016), the answer is yes.

Bilingualism creates greater economic activity, job security, and job opportunities. Being able to trade goods and services in two languages adds 3.3 billion dollars each year to the economies of Canada’s two most bilingual provinces, New Brunswick and Quebec. Companies recognize the value of bilingualism when facing economic hardship due to rising wages since they lay off monolingual employees first and bilingual employees last. Bilingual workers enjoy more employment opportunities than monolinguals since bilinguals are more mobile. Unlike their monolingual counterparts, they can move to geographic areas where their second language is spoken during an economic downturn to find work. 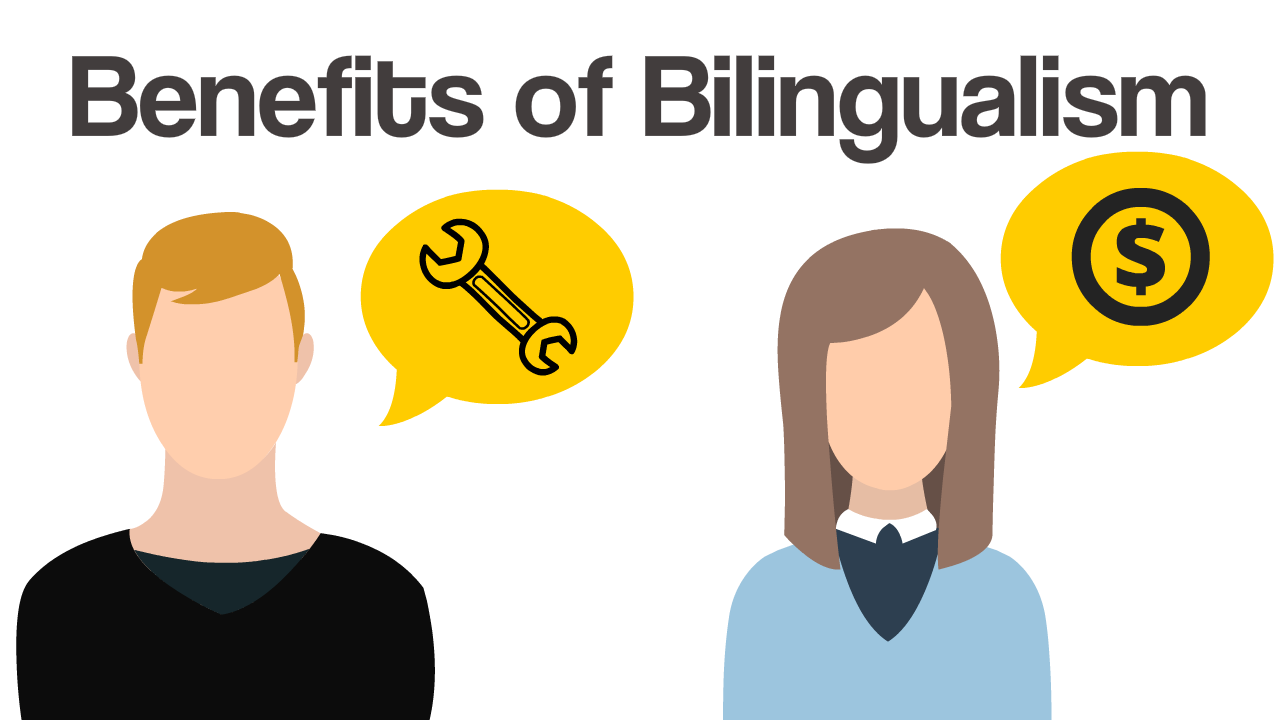 The economic benefits of bilingualism

Students’ choice of academic programs can have a big effect on their ability to find jobs. For example, many people choose to study sciences with the hope that they can find a well-paying job in the future. Not many students realize, however, that the research reveals that graduates of Modern Languages find work sooner after graduation than graduates from Science, Technology, Engineering, and Mathematics programs. The reason Modern Languages graduates can avoid unemployment early in their careers is that they their communication skills make them employable in greater range of industries in multiple sectors of the economy. If one sector is shrinking, a Modern Languages graduate can find work in a sector that is growing. Bilingualism makes workers immediately more employable where they already live.

In Canada, bilinguals make, on average, 37% more than their monolingual co-workers. This means that a monolingual who makes $20 per hour could make $27.40 by learning a second language. You don’t even have to be a college graduate to benefit from having a second language.  High school graduates who studied Modern Languages make 4% more money than students who avoided language courses.

In Quebec, where the demand for English is stronger than the demand for French in the rest of Canada, Economics professors Louis Christofides and Robert Swidinsky  (2010) found that bilingual French-speaking men make about 7%  more than monolingual French speakers. Those same bilinguals make nearly 21% more if they speak English on the job. In other words, jobs that actually require using English at work pay bilinguals 14% more than jobs that only require a knowledge of English. Women bilinguals in Quebec had similar salary advantages.

Learn Your Second Language at School

So, while you are at school, look for opportunities to learn a second language. It will help you stand out in a job interview when it comes time to look for a job. When asked, Human Resources managers say that bilingual job candidates have more determination, discipline, and cultural awareness, and they believe that bilinguals listen and learn better than monolingual candidates. Language learning seems to help students develop soft skills, those personal attributes that enable workers to interact effectively and harmoniously with other employees. More and more, employers are starting to recognize the value of soft skills to the productivity and success of their business.